The Cavaliers are close to making their first free agent move this off season. According to the Cleveland Plain Dealer, the Cavaliers have agreed to the structure of a contract with Toronto’s guard Anthony Paker and the deal is expected to be completed in the next several days.

Anthony Parker played for the Raptors for the past three season and averaged 10.7 points, 4.0 rebounds and 3.4 assists per game while shooting 43 percent from the floor and 39 percent from 3-point range.

He is 6-6, athletics and effective at creating his own shot. He fits the description for the long swing player the team has been looking for and he is effective defensively and can guard long wing players which proven to be a problem for the Cavaliers last season against the Magic.

Also, according to league sources, the Cavaliers are very close to signing Varejao to a long term contract.

Leagues officials estimate that if basketball-related-income, or BRI as it is referred to in the NBA, drops by 2.5 percent in 2009-10 season, then the salary cap will be set at $53.6 million and a luxury-tax line of $65 million.

What does this mean for Lebron James?

Lebron James can sign a contract extension with the Cavaliers that would pay him the max based on the 2009-10 season which would pay him around $17.3 million per year.

If Lebron James decides to wait until the summer of 2010:

Free agents such as Lebron James, Miami’s Dwyane Wade and Toronto’s Chris Bosh might have to reconsider because of the potential declines in cap space for external bidders, and more teams straying into luxury-tax territory.

This will also hinder the ability for teams who have been saving for the summer of 2010, including the Cavaliers,Â to sign more than one player to a max contract. The Knicks, for example will be restricted to signing one maximum-salaried player that summer which will only increase the Cavaliers chances to resigning James. New York’s original plan to lure James was founded upon trying to sign James and a second marquee free agent in 2010 such as Chris Bosh.

This is good news and bad news for the Cavaliers. The Cavaliers are also rumored to be targeting Chris Bosh next summer. If these estimates hold true, then our chances of getting Bosh or another marquee player are slim.

According to ESPN The Magazine’s Chris Broussard, quoting an unnamed source close to Ariza, says LeBron James told free-agent forward Trevor Ariza that he plans to remain in Cleveland after his contract expires in 2010.

“Trevor asked LeBron if he would be in Cleveland after next season,” the source said. “And LeBron said, ‘I’ll be there. Of course, I’ll be there.'”

Ariza received telephone calls from James and Shaquille O’Neal but he opted to stay with the Rockets.

Ariza who had already accepted a five-year, $33.5 million offer from the Rockets last Thursday received telephone calls from James and Shaquille O’Neal but as of now, he remains committed to the Rockets.

According to the article, many factors led to Ariza’s decision to remain with the Rockets:
“First, his toddler son lives in Los Angeles with his mother and Ariza liked that Houston was a much shorter flight than Cleveland. Second, Adelman promised him the Rockets would feature him offensively while the Cavaliers refused to guarantee him a starting job. Instead, the Cavs told him he’d be given a legitimate chance to compete for the spot against last year’s starter, Delonte West.” 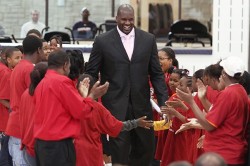 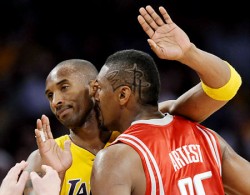 In an interesting move, the Cleveland Cavaliers have been in contact with Ron Artest, even Lebron James talked with him according to the Plain Dealer’s Brian Windhorst. Ron and Artest met in Los Angeles last Tuesday.

Artest’s agent has expressed that he has a desire to play in Cleveland. The Cavaliers might be able to get him with the mid-level exception which is aroun $5.6 million. Some believe the Cavaliers will try to offer him a one year deal but Artest is looking for a multi-year deal.

Also, ESPN reported that the Pistons came to agreement with Ben Gordon and Charlie Villanueva. Gordon will receive a five-year, $55 million deal, while former Bucks forward Villanueva gets a five-year deal for $40 million 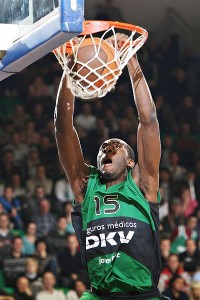 Welcome back kids to my annual NBA draft article.Â  Last year I missed by having the Cavs taking Roy Hibbert.Â  Turns out that I was on the right track, but they took little known JJ Hickson instead.Â  JJ ended up being a bit of a disappointment once he could not crack Mike Brown’s rotation.Â  Once he did, he injured his back and is still out and will not be able to play Summer League ball in Las Vegas like he did last year.Â  Surgery is not an option at this point, according to Cavs sources.

Now on to this year’s draft.Â  Many have stated that there are few big men that are worthy of a first round pick.Â  This is both point guard and shooting guard heavy.Â  Look for at least 12 players in the first round to be one of these two positions.Â  The Cavs, according to the Plain Dealer, have looked closely at Patrick Mills (St. Mary’s College), Nick Calathes (Florida), and Toney Douglas (Florida St.).Â  All 3 can play the point.Â

Here is a quick breakdown of all 3:

Â Patrick Mills is probably the most complete player of the three.Â  He had an injury which kept him out the end of the year and which cost his team a spot in the NCAA tournament.Â  Many teams question his point guard leadership, yet the team won over 25 games with him in the lineup.

Nick Calathes is a 6’5” point guard who left Florida early to sign with a Greek powerhouse team.Â  The Cavs would own the rights to him and could have him play overseas for a few years before bringing him over.Â

Toney Douglas is a 6’1” 200 lbs of pure muscle.Â  He has come on a lot as of late and had his best season this past year, his senior year.Â  He averaged 21.5 points per game and was a scoring machine for Leonard Hamilton down at Tallahassee.Â

For me, after the Cavs have made the move for Shaq, as multiple sources have reported, they do not have to go after a big man.Â  Let me remind everyone, that we still have Darnell Jackson and JJ Hickson as well as Joe Smith, Anderson Varejao, and big Z.Â  Therefore, the Cavs can look to go with a Small Forward or a guard since the Cavs are not impressed with the ball handling of Delonte West and Daniel Gibson who are both undersized Shooting Guards.Â  Look for the Cavs, if they keep the pick at number 30 to try to get an overseas player.Â  I am defying the odds since Danny Ferry can do a number like the Spurs did with Manu Ginobili.Â  Have a player play overseas (a la Omri Casspi or Jonas Jerebko) for a few years and bring them over in 2010 or 2011 along with the big free agent’s who will become available after the upcoming season.Â

There are many rumors also that the Cavs may look to trade up.Â  If the Cavs do decide to get into mid teens to the low 20s, look for them to get Ty Lawson or Patrick Mills.Â

I have one request for Danny Ferry.Â  Please do not get Tyler Hansborough.Â  He will be a bench player and a spot starter.Â  He works hard, but is not an elite player at the NBA level.Â  Think of another UNC player who was a bombout.Â  Like a better version of Brendan Haywood.Â  Better Offensively, but limited overall.