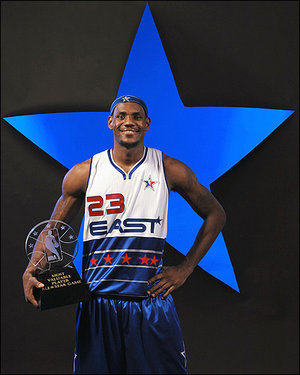 LeBron James and Dwyane Wade lead the Eastern Conference in votes received after the second returns of 2007 NBA All-Star Balloting.