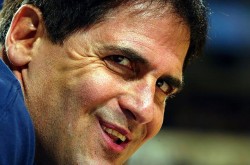 Dallas Mavericks owner Mark Cuban has been charged by the SEC for insider trading according to the Wall Street Journal.

Mr Cuban allegedly sold his entire stake in Mamma.com, an Internet search engine, upon learning it was raising money in a private offering.

“The SEC alleges in a civil action that Mr. Cuban sold his entire 6% ownership stake on June 28, 2004, after learning that Mamma.com was raising money through a private investment in a public entity, or PIPE. The next day, on June 29, the company announced the PIPE financing and shares of the company dropped by more than 10%. By selling his stake, the SEC alleges, Mr. Cuban avoided more than $750,000 in losses.”