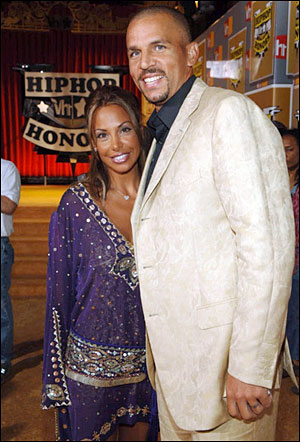 Jason Kidd has accused his wife of mistreating their three children, according to a report published today.

The police department served papers in connection with the complaint, Lt. Tim Haruthunian said. He declined to say who was served or to give details of the complaint, saying that family court matters are not public.

He did say that the department has not had other involvement with Jason Kidd or his wife of 10 years, Joumana Kidd, 34. “We have had no interaction with them at all,” Haruthunian said.

“It has been painful for Jason Kidd to watch the effect of his wife’s behavior on their children.” Madeline Marzano-Lesnevich, a lawyer representing Kidd said in a statement.

The Kidds were involved in a domestic violence matter six years ago, when he was playing for the Phoenix Suns.

Jason Kidd was arrested in January 2001 after his wife told police he hit her during an argument over their son, Trey Jason (T.J.), who was 2 at the time. Kidd pleaded guilty to spousal abuse, was fined $200, and ordered to take anger management training.

1,236 replies on “Jason Kidd accuses his wife of mistreating their children”