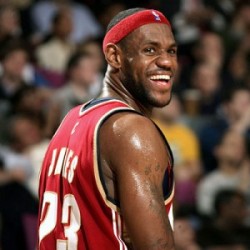 While many fans and some â€œexpertsâ€ fretted about the Cavaliersâ€™ slow start and made rash suggestions about potential trades and/or strategy changes, I declared that the first significant test for the Cavs this season would be the nine games that culminated in the Christmas Day showdown with the defending champion, league-leading L.A. Lakers. The Cavs rolled to an 8-1 record during that stretch, including an impressive 102-87 win over the Lakers. The Cavs now sit atop the Eastern Conference and trail the Lakers by just one game for the best record in the NBA.

Despite Fridayâ€™s loss in Denver, the Cavs have won 13 of their last 16 games (just short of a 67 win pace projected over 82 games) and they have posted some impressive numbers in their past 10 games, ranking first in the league in points allowed (92.4 ppg), first in scoring differential (11.3 ppg), first in rebounding differential (9.3 rpg) and fourth in defensive field goal percentage (.430); the Cavs currently lead the league in defensive field goal percentage (.433) and rank in the top four in each of the other categories.

The Cavs did not storm out of the gates this season because they made three changes to their starting lineup and because key contributor Delonte West was only available on a sporadic basis; also, Coach Mike Brown needed some time to experiment with his player rotation to get a sense of which combinations work the best against various kinds of lineups.

Coach Brown has done an excellent job of managing the difficult and tenuous West situation, utilizing the valuable guard when he is fit to play and seamlessly inserting other players into the rotation on those nights when West is ineffective or completely unavailable. After the Cavs opened with a 3-3 record, Coach Brown put J.J. Hickson into the starting lineup in place of Anderson Varejao and this move has paid numerous dividends: the young, active Hickson has proven to be an excellent complement to Shaquille Oâ€™Neal, while Varejao has thrived playing alongside Zydrunas Ilgauskas with the second unit.

Think about that: two thirds of the starting frontcourt for the team that led the NBA with 66 wins last year now comes off of the bench for the Cavsâ€”and yet many people (even some so-called experts) still seem to be oblivious to just how talented and deep the Cavs are!

LeBron James is having another wonderful, MVP caliber season but the Cavs have proven that they can maintain or even extend leads when he is resting on the bench, a luxury that Kobe Bryant does not enjoy with the Lakers; the 2009 champions have been forced to give significant minutes to Cavalier castoff Shannon Brown–a player who would not crack the Cavsâ€™ 10 man rotation this season (which is, after all, why the Cavs could afford to get rid of him in the ongoing roster upgrade process that Danny Ferry has accomplished since the Cavs made it to the 2007 NBA Finals).

The heavy burden that Bryant is carryingâ€”Pau Gasol and Ron Artest being in and out of the lineup, the Lakersâ€™ woeful bench and the injury to the index finger on Bryantâ€™s shooting handâ€”combined with Bryantâ€™s newly refined post game courtesy of offseason workouts with Hakeem Olajuwon, his career high field goal percentage, his league leading 30.1 ppg average (the third best mark of his career) and the fact that the Lakers still own the best record in the league give Bryant the early edge over James in the MVP race but that contest will surely go down to the wire this season.

Both players have been dominating the player of the week and player of the month awards in their respective conferences. Bryant and James have been more productive, durable and consistent than any of the other supposed MVP contenders, so they really should be considered the clear frontrunners but since Bryant won the award in 2008 and James earned the honor last season the voting members in the media could get the strange idea that someone else is â€œdue,â€ much like Charles Barkley and Karl Malone received MVPs in 1994 and 1997 respectively even though it was obvious that Michael Jordan was still the best player in the league during those years. Barring unforeseen developments, it would be disappointingâ€”and unjustâ€”if someone other than Bryant or James wins this seasonâ€™s MVP.

I picked the Cavs to be the best team in the East this season and I see no reason to amend that choice now. The Atlanta Hawks have made nice strides but ultimately it will be a three team battle for Eastern Conference supremacy between Cleveland, Boston and Orlandoâ€”the Hawks are capable of competing with any of those teams in a seven game series but cannot beat any of those teams unless the Cavs, Celtics or Magic are depleted by injuries to key players.

The Cavs, Celtics and Magic have each had their ups and downs so far this season but the encouraging signs for the Cavs are that the team has largely been healthy, that despite a disappointing game here or there the overall trend has been decidedly upward in general and that the new additions have strengthened the teamâ€™s depth without adversely affecting team chemistry.

The Cavs were able to push the Celtics to seven games two years ago in the Eastern Conference semifinals despite having a roster that was much less talented than the current edition and despite the fact that James was not the defender, free throw shooter or three point threat that he is now; at full strength the Celtics are still a suffocating defensive team featuring three future Hall of Famers in Paul Pierce, Kevin Garnett and Ray Allen but each of those stars is on the wrong end of age 30 and thus it has become increasingly difficult for Boston to keep all of them healthy at the same timeâ€”and that situation is unlikely to improve during the playoffs in the wake of the 82 game grind of the regular season.

The Magic are a younger team than the Celtics but they have also suffered their share of injuries to key players; more significantly, their offensive attack featuring Dwight Howard in the paint flanked by three point shooters will not be nearly as effective versus the Cavs in the playoffs this season now that the Cavs can single cover Howard with Shaquille Oâ€™Neal plus utilize Anthony Parker and Jamario Moon as perimeter defenders alongside James–and, hopefully, West, who actually did a quite credible job during last yearâ€™s playoffs versus Hedo Turkoglu, who the Magic since replaced with Vince Carter.