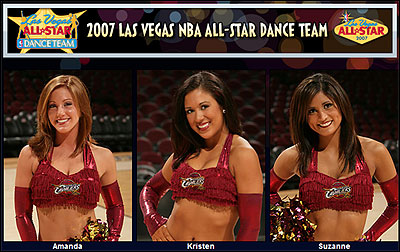 A new Internet spot for Sprite from Crispin Porter + Bogusky starring LeBron James challenges consumers to come up with better music for the commercial. The clip, circulating on YouTube, Yahoo Video and MSN Video, stars a tuxedo-clad James, forward for the Cleveland Cavaliers, and friends running through a mansion. They wear yellow and green masks and wield stylized paintball guns. They eventually find their quarry: a man in a large “tongue suit.” In slow motion, they pepper him with yellow and green paintballs, representing the tangy marriage of Sprite’s lemon and lime flavors. (There’s also footage of two people in bathing suits, one yellow and the other green, cannonballing into a pool.) The spot closes on a call to action: “Can you top this music? LeBron thinks you can.” Traffic is directed to Lebron23-23.com, where music tracks and mixing software are provided.

A panel including James, hip-hop musician Paul Wall and Sprite executives will select three finalists, and three different versions of the commercial will air during NBA All-Star Weekend, Feb. 17-19, with viewers asked to pick the best. The song that gets the most votes will be turned into LeBron’s theme song. The music may also be played when he is introduced at NBA games. “It’s always worth looking at slowly. That’s the fun of YouTube and similar sites, you can scroll through the video as slowly as you want,” said Tim Roper, creative director, CP+B in Miami. The campaign will be supported by television, radio, interactive and media merchandising, but will not have a print component. “The target audience for Sprite is a younger teen audience and they live online. They don’t consume as much written media,” said Susan McDermott, a representative at Coca-Cola. The client spends more than $40 million annually on ads, per Nielsen Monitor-Plus.

LeBron James speaks with Sprite on Basketball for LeBron 23-23. Twist a cap, Build a Mix, Get Famous.
[youtube]tVoONyBl1A4[/youtube]

Phelps, the genial and multitalented announcer who serves as everything from a studio host to a sideline reporter on FSN Ohio’s coverage of the Cavaliers, will be based in Cleveland when the cable station launches “Cavaliers Live” for the Cavs game at Sacramento on Tuesday, the start of the team’s seven-game West Coast trip.

“For the past few years, we have anchored our Cavaliers road pre- and post-games from the road venue,” Steven J. Pawlowski, FSN Ohio’s communications manager, said in an e-mail. “Beginning Tuesday, all Cavaliers road shows will be anchored from our studio utilizing our new Cavaliers Live’ set. Our game talent (Fred McLeod, Scott Williams and Austin Carr) will bring us live reports and interviews from the various road venues.”

Phelps will be joined in the studio by either Carr or Campy Russell. Think TNT with Ernie Johnson and Kenny Smith or Charles Barkley. They will update other games and return to McLeod, Williams or Carr for additional interviews with players and coaches.

According to Pawlowski, it’s an effort by FSN Ohio to improve and unify its team coverage, which also includes the Cincinnati Reds and Columbus Blue Jackets. “Live” shows not affiliated with a team will be called “FSN LIVE.” In fact, “FSN Live at the BCS National Championship” will debut Friday.

Phelps admitted he has mixed reactions.

“I like being in the arena,” he said. “I also think after rehearsing the studio show, it’s going to look really good. I think it’s going to be very slick. Although this travel is about as great as any travel can be, I have three little kids and if the company tells me to stay home, I’ll say home and that’s fine. And if they tell me to go on the road, I’ll go on the road. It’s fun being in the arena. But we think we can add a whole new element to the telecast that will be an improvement for our viewers.

“All the improvements continue with the home games. The only thing that changes for the home games will be the venue. The venue will be the arena, rather than the studio, and I’ll be doing sideline reporting instead of updates on other games. Also, the post-games will change. They’ll be in the arena, but Fred will be doing interviews with the players in the locker room.”

According to San Antonio Express News, LeBron James said he’d love a poster of his soaring slam over Duncan on Nov. 3 if there is one. “I’d put it in my son’s room,” he said.

Â Wendell Maxey Jr. from Hoopsworld.com tells us that Drew Gooden can’t take all the credit for the way he hoops it up for the Cleveland Cavaliers.Â  Nope. Part of the praise belongs to his old man.Gooden’s father, Andrew Gooden, played pro-basketball in Ã„Ã¤nekoski, Finland in the fall of 1977 for Ã„Ã¤nekosken Huima, the local basketball team that played in the Finnish championship series.

As the Gooden family knows, basketball has no boundaries or timetable. It’s merely a simple game that can be past down from generation to generation and Cavs fans can be thankful that one Gooden past in along to another.

Today it’s the younger Gooden, lesser known as Andrew Melvin Gooden, who is reaping the benefits from those hardwood genes and showing off some All-Star swagger for the 17-12 Cavs this season.

Gooden continues to grow into the player Cleveland hoped he would when they acquired the 6’11 forward two years ago from the Orlando Magic to replace a bolting Carlos Boozer. On the season, Gooden is averaging 11.2 points and 8.70 rebounds per game and is once again emerging as one of the leagues leading rebounders.

But even with the basketball traits from his pops or the All-Star level of play from Gooden this year, the closest he’ll get to making the Eastern Conference squad is by rubbing elbows with the leading vote getter in the East who also happens to share the same locker room.

LeBron James has received 808,570 votes to start at forward for the East and looks to be the lone Cavs representative all the All-Star game, February 18th in Las Vegas.

Apparently Gooden’s dad didn’t pass down any luck with the basketball skills.

When you play in the East you also play in the shadows of some talented forwards, even some on your own team. Gooden knows this. It’s not only LeBron James and hoopaholics stuffing the ballot box for the “Chosen One” that he has to watch over his shoulder. Take a gander at the NBA All-Star ballot yourself: Paul Pierce, Jermaine O’Neal, and Chris Bosh share the column and makes it hard for any NBA fan to vote for just one forward. And that’s without mentioning Rasheed Wallace and Tayshaun Price. Perhaps Gooden isn’t ready to claim many votes along side these other players. At least not yet.

No worries though. That time will come. It’s just not right now.

Gooden doesn’t need to win a popularity contest to show his worth for the Cavs this season, although the deserved recognition would be nice. He just needs to keep it up, snagging double-doubles (10 and counting) and remain a constant in the low post for Cleveland as they trudge towards postseason play. At this point in Gooden’s career this should be the reality. Making the All-Star team is nice and all but in Cleveland the ring is the thing.

And that’s something even his dad would be proud of.

Sam Smith of the Chicago Tribune gives his opinion on Lebron’s declining numbers.

“Perhaps no team everâ€”certainly no team todayâ€”is wasting a talent as great as James’ with a conservative game plan that seems so out of step with the way the game is changing.”

“The big reason appears to be the coaching and management philosophy of Brown and general manager Danny Ferry, who were groomed in San Antonio along with Cavs assistant Hank Egan.

It’s what you might call the Kyle Orton basketball philosophy.

It states you don’t let your offense beat you. Be conservative, don’t turn the ball over, don’t give up fast breaks that speed the game and your defense will eventually make enough plays to win the game. The Cavs’ defense has improved, though defense usually does in a slower style.”

“It’s also early in James’ career, though so much is expected. He was smart to sign a short extension and give himself an out as a free agent after the 2009-10 season. It’s also the season Ben Wallace’s contract comes off the books for the Bulls, who then should have the ability to bid for a great player who may be unsatisfied with his team and looking to move to a major market for more exposure.”
You can read the full article here.

USATODAY.COM gives us a preview of Saturday’s Chicago Vs. Cleveland game:

If LeBron James is making any birthday wishes on Saturday, the Cleveland Cavaliers star forward might want to wish for an end to his team’s struggles on the road.

James celebrates his 22nd birthday on Saturday when the Cavaliers take on the Chicago Bulls at the United Center.

James, averages 26.7 points per game on the road, but despite his impressive contribution, the Cavaliers (17-11) are a meager 4-8 away from Cleveland. Improvement is of the essence now, with 10 of the Cavs’ next 12 games coming on the road.

James scored 32 points in Cleveland’s 109-99 home win over the Milwaukee Bucks on Friday, the third consecutive victory for the Cavaliers. Donyell Marshall had 29 points and 10 rebounds, whil Larry Hughes added 26 points and 10 assists.

Marshall’s big night came after he had scored a combined 13 points in his previous five games.

James took a hard foul late from Brian Skinner in the third quarter and was sent tumbling into the basket stanchion, but said he was not hurt after the game.

“The initial foul wasn’t bad, but then he threw me down,” he said. “It didn’t hurt. I’m a football player.”

Friday’s performance was the 100th 30-point game in James’ four-year NBA career. He appears to have a good chance of doing it for the 101st time in this contest. James is averaging 26.2 points in 13 games against the Bulls (18-12), and has scored at least 30 in four of his last five times facing them.

Cleveland has won five straight meetings with Chicago, including a 113-94 victory on Nov. 9 at Quicken Loans Arena in which. the Cavaliers shot 57 percent from the floor and outrebounded the Bulls 47-30. James scored 19 points and added 12 assists.

The Bulls look very different now, however. Following a 3-9 start to the season, Chicago has won 15 of 18 games, including a 107-97 victory over the Toronto Raptors on Friday. Luol Deng scored 25 points and had six rebounds despite nursing a sore wrist, while Ben Gordon scored 22 points.

“It was a big win for us,” said Deng, who sprained his right wrist on a flagrant foul by Miami’s James Posey – who later received a one-game suspension – on Wednesday.

Chicago shot 59.7 percent – its second-highest mark of the season – although it also committed 20 turnovers.

“We had great difficulty early on and contained their penetration,” Bulls coach Scott Skiles said. “Other than a brief period in the third quarter, we were pretty solid defensively, and we were able to get on the break a little bit. … I felt we could have played much better, but it was a good road win for us.”

The Bulls have one of the league’s best home records at 13-2, and have won their last six games at the United Center.